We’re an independent Christian church which is based in East Gateshead and meets in the Methodist church building on Station Road, Bill Quay. With a strong community focus, we enjoy opportunities to work in partnership with the local Methodist circuit, as well as with other local churches and community groups.

We began meeting together in a local school in 1987, and were previously called Heworth Christian Fellowship, but we changed our name when we began meeting in Bill Quay in 2008. Our church agrees fully with the Statement of Faith expressed by the Evangelical Alliance, of which we are a member. Our Sunday services try to blend contemporary and creative styles with meaningful traditional elements as we worship God together.

Our members come from all over Gateshead and South Tyneside, and we try to encourage each other on our Journey of Faith to love God, love each other and love others.

We don’t have a paid pastor, but instead we have a Leadership Team and a separate Body of Trustees. 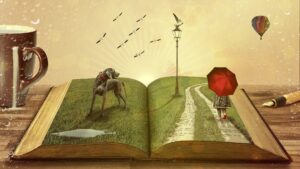 Bill Quay Community Church (Heworth Christian Fellowship) officially began in 1985 when a group of around twenty people began meeting together to worship in a home in Heworth on Sundays.

Most of these founding members had met together for worship and teaching in homes over a number of years whilst being members of other churches. The group grew too large to meet in a home, and soon began meeting in Heworth Grange School – thus the name Heworth Christian Fellowship came into being.

Leadership at the time was shared between three couples. In 1989 Derek Minto became pastor full time following his early retirement from teaching, a role which continued until his retirement in 2004.

At the heart of the church’s beginning was a commitment to Biblical truth, believer’s baptism, a more free style of worship and the desire to grow as real Disciples of Christ living in the power of the Holy Spirit.

At the end of 2008 the church moved to Bill Quay, and has met in the Methodist Church since then. In 2014 we changed our working everyday name to Bill Quay Community Church.

The leadership is currently shared between a team of six.

We use cookies on our website to give you the most relevant experience by remembering your preferences and repeat visits. By clicking “Accept”, you consent to the use of ALL the cookies.
Cookie settingsACCEPT
Manage consent